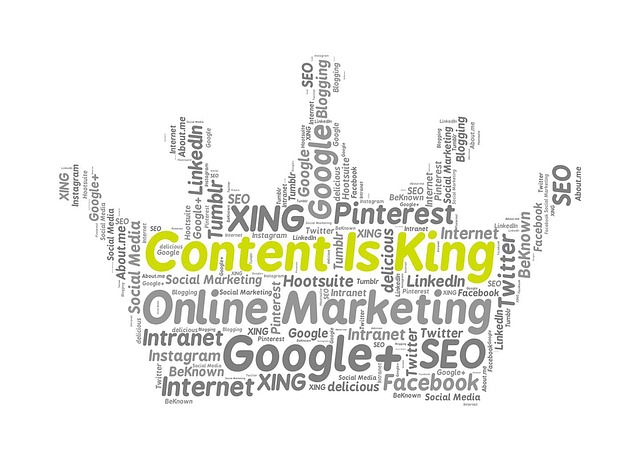 Remember how when were kids we?d always pick the book with illustrations? Well say hello to exploiting that mentality!

Visual content has become a very powerful tool indeed because it feeds on the very basic idea of pleasing the eyes. Adding visual aids to content has been known to increase its effectiveness. Images, videos and other colorful tools definitely tend to have a more lasting impact on the brain.

Interestingly, other forms of visual content aside, images alone can be very powerful tools. For example, it was found that people are more likely to believe findings from a neuroscience study when the report is paired with a colored image of a brain. This effect occurred regardless of whether the article described a fictitious, implausible finding or realistic research. Now that?s pretty awesome, isn?t it? Aiming at a set audience can be made much more efficient with the help of the right visuals along with the content.

If we are talking about visual content, we naturally think about images and videos, but the trend that has suddenly set off recently is that of the offspring of video and images ? animated images popularly known as gifs. Hands down, they are awesome. They are last for a second or two and are on fast loop, so it?s safe to say that the video plays at least thrice in the time span that the reader looks at it, which is ? Impact, Impact and voila Impact!

Now, there is just too much on the internet these days, it takes a little more than just content to get readers hooked any which way, especially when it comes to marketing. It has become something of a basic requirement.

Plus, it?s the fast food times, everyone wants it fast. Images and visuals are able to convey lots of information in a shorter span. Would you rather describe how a person looks, outlining the person?s features (which, must I point out, is going to be crippled by ambiguity) or post a photo instead? And you know what?s better than a photo? A photo coupled with content that diverts the attention of the reader where it is intended.

Visual content is far more easily relatable and humanizes the experience for the customers. For example, if the product in question to be marketed is a watch. It is an expensive, long lasting accessory that people generally research about before putting in the big bucks. Now if they were looking for it either online or on a catalogue, would a beautiful description of a watch be enough for them to build confidence to buy it? How about a photo of the watch? That?s better. At least the customer is aware of what he is in for. And now, a photo of a watch on a wrist: Now that is a very comforting photograph. It instantly tells the brain that it is a very viable option. So, images have a reassuring quality about them.

Visual content marketing can also come around to being very economical which can be a major plus for new enterprises with limited budget for marketing. And with the many photo editing and video making software that are coming in, adding visual content is becoming much easier. So…it is effective, trendy, impactful and affordable! Is it really such a surprise that all of internet and marketing world is going gaga over visual content?

Now back to the theory about us picking books with illustrations when we were kids and even remembering the functioning of our digestive system better thanks to the diagrams. Majority of the people who are likely to come across marketing content are what can be classified as visual learners. And while you may not be able to pull someone who isn?t very fond of reading to art-less writings, you are most likely going to be able to draw attention of everyone with visual content be it pictures, videos, gifs or even pie charts for that matter.

The contemporary marketing world could swear by a slightly modified version of ?a thing of beauty is a joy forever?-Anything with an aesthetic appeal shall buy you some more time in the minds of the beholder. So, needless to say visual content marketing is the bad boy at play here!